After six years of the first release, Nadeo announces at the Paris Games Week 2012 the update of the classic and most played TrackMania ever: Stadium! 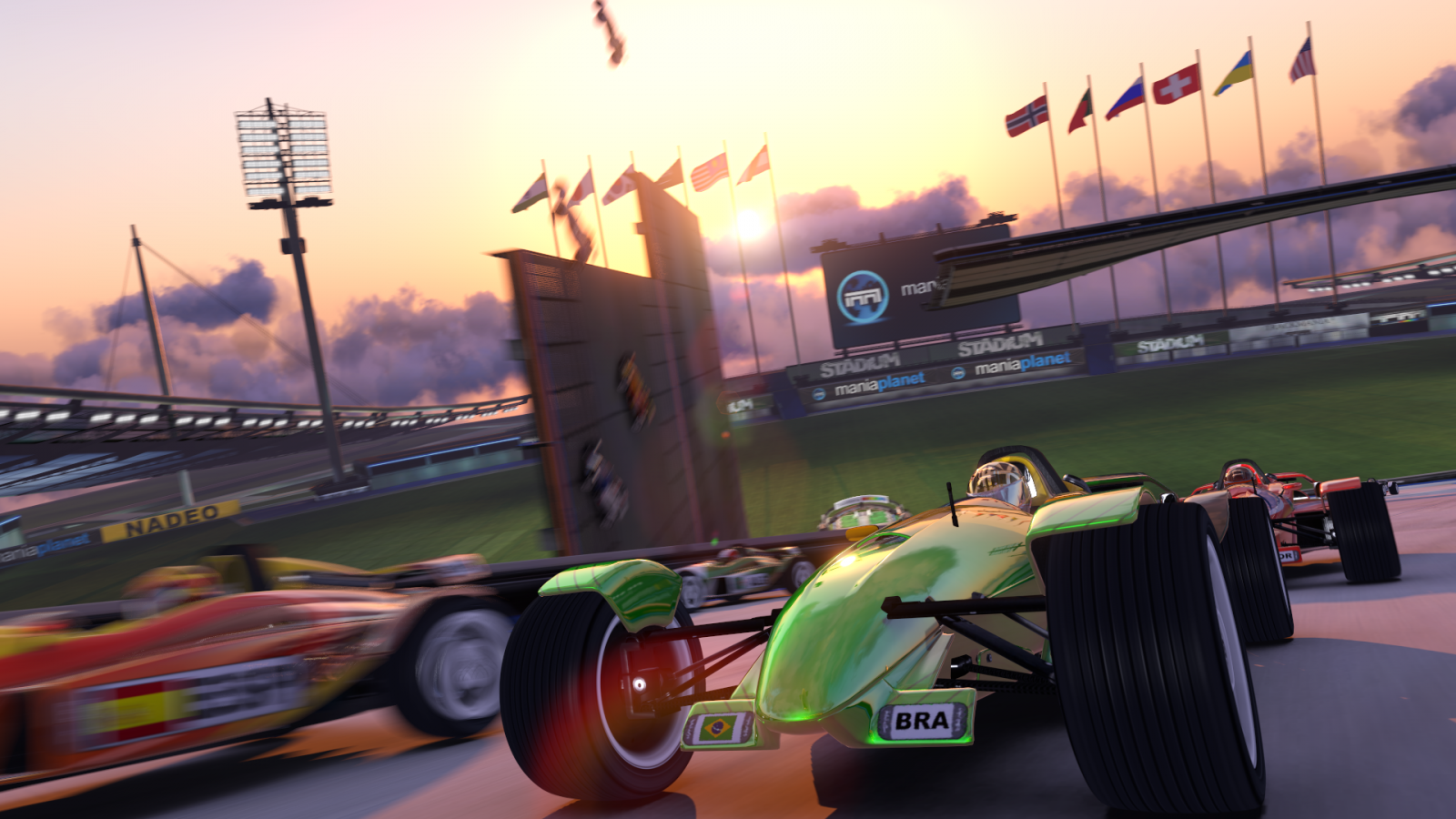 The new Stadium keeps the same gameplay than TrackMania Nations Forever. All sensations are present: drifts, air control and co ... (landing bugs :D ?)
What is changing? At first, the game is very similar to TrackMania Nations Forever, but the most important is this integration in ManiaPlanet, so it has improved graphics engine from the other titles from ManiaPlanet and the power of the ManiaPlanet Tools.
eSports and Stadium is a great love story since 2006 with the first dedicated version for the ESWC. Since Stadium became essential in many LANs, it is the big events of eSports. Since some time, TrackMania in eSport is a breathless; the new stadium will give a big boost to the scene.

This Stadium benefits from new features of ManiaPlanet : 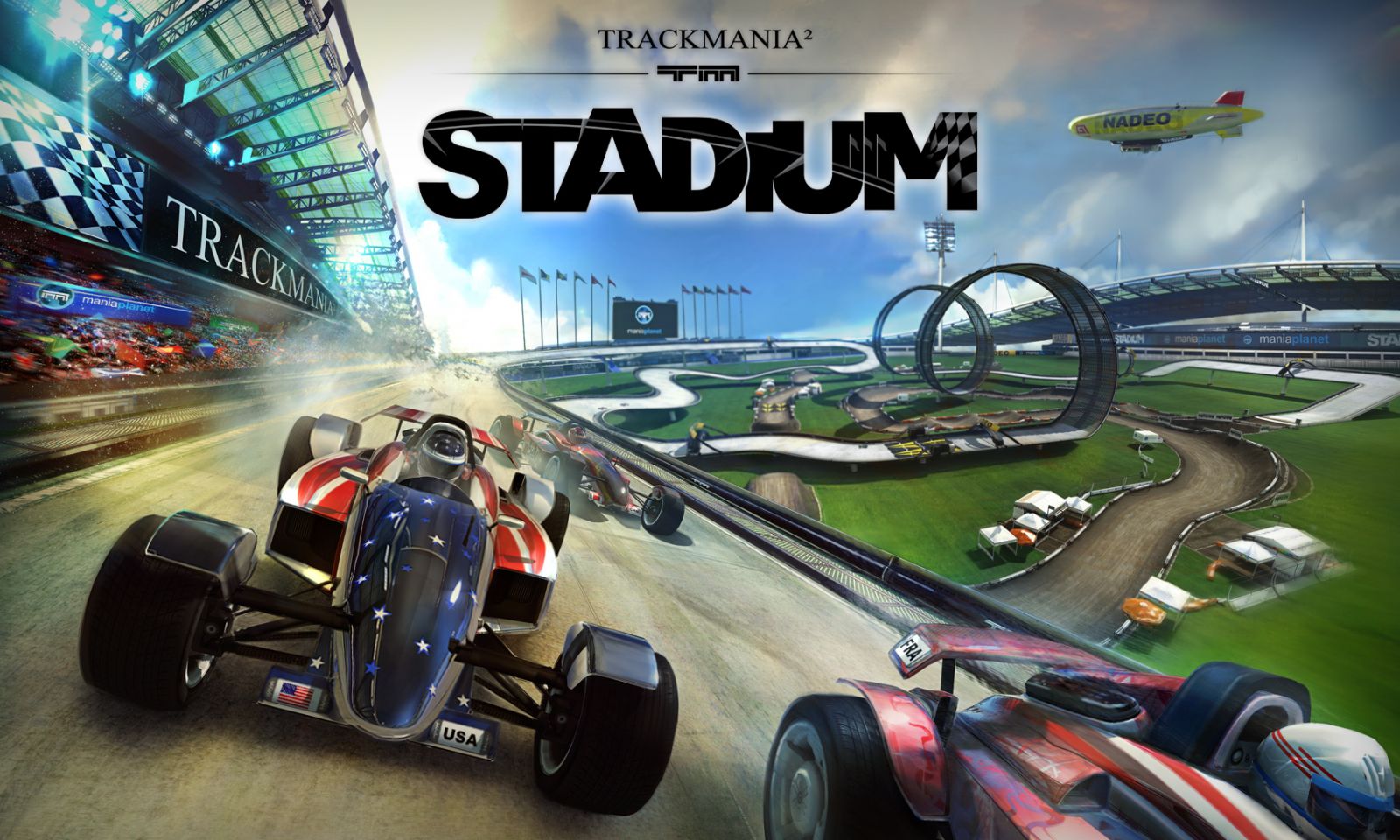 Release of TrackMania² Stadium (On track for early next year release)

An expected announcement considering the dissapointing figures on TM2 and Shootmania thus far. This will generate more players within the Maniaplanet 2.0 enviroment and therefore increasing chances of them buying one of the other games.

Regarding this move; all I can hope for is that the issues within the current TM2 engine get fixed before this goes out in the world. Such as that you aren't able to turn of shadows and bloom. Competitive games don't need shiny graphics, they need smooth gameplay. Also very curious how the car handling will be when this game gets moved over to the newer engine.

The greateste news ever seen !

i really hope they do take the feedback from the pro players seriously in the beta as well. i can think of 1 billion things i'd like to see fixed from TMNF.

anyway, this is exciting, if it's done right it will be HUGE.

Well, I dunno what to think, maybe it would have been cool to keep Stadium up to date the whole time and not wait many years in between, but at least this is something!

Rly hope the gameplay will stay the same and won't see huge changes or weird things, tbh i hope bugs are still there as well ^^

Hope this future game will bring more success to Nadeo and will be supported by them as it merits it!

I realy don't know what to think about this.

If Stadium is free, we can say bye bye to Canyon and Valley.
If Valley is at 20E, there will be less player than Canyon, that is to say "nobody".
If Valley is free if you have bought Canyon, I don't think that new players will buy it just for Vallez, so there won't be many people.
And I don't know how the community will react to Valley, there will be 1 Canyon/Valley community? 2 community? The Stadium guys will at last join the global TM2 community or not?(i don't think so...)

And for the Esport....omg how the hell Canyon and Valley can be visible with the "bid" Stadium2 up coming? Canyon esport is starting to grow up because Stadium was slowly loosing speed in term of esport.

The only one solution is to make a 3 environnement title in maniaplanet 2, like tmu where we can switch environement on the same server. If we don't do that, we can say bye bye to canyon and valley.

Now the United players have Valley and TMNF players have TM2: Stadium. Big win. - that's what you want to say?

No. United is not valley. I mean that the players of 6 other TMUF envis may move to valley and let those envis die.

You can't expect games to live on forever. You have to move on sometime. Even the biggest eSports title years ago (cs) is almost dead now.

I know ^^ I just hope that there will be some United leagues still :) For stadium and professional eSports of TM this is big +1.

With the new ManiaPlanet 2.0, Nadeo has created a more united universe that most likely will create one big community, or at least more visibility for all their titles, leading to a bigger player-base.

I really hope we can see some changes in the new engine in TM2: Stadium that will eliminate the most random bugs, like landing bug and the worst of the ramstein bugs. It doesn't have to change the driving-style at all. It will just create less irritation and more precision for competition and E-sport.

Either way, its refreshing to see new titles coming out and I'm looking forward to try the new changes made to Stadium as well as the beautiful Valley game! (Rally was a favorite in United)

Landing bugs and rammstein bugs are ok if removed, but bugs like so called "grass-bug" or the bug that comes when you drive on the border of a platform block, for example, making the car jump weirdly should be in still. They make some interesting possibilities for RPG maps etc :)

landing bugs - sure, but i really think the rammstein gives the game a depth that i don't want to see get removed. without the rammstein i don't think stadium would be as good of an esport as it is to be frank.

I really hope that this game will be as great as TMN or TMNF :p

If you delete rammstein bugs, at least 8rounds on this ESWC lose sense ;) Rammstein bug are very controlalble, this is just a question of risl mostly. And this is why the game is interesting, sometimes you really want to win a run you try everything but it ends to a bug bcs of too much risk while your opponent just safed it and got the win and sometimes it passes for you and you do a crazy run. This is the base of twists and turns in tm so bugs are really ok as they are.

Though I'm okay to remove some weird bugs which are more about noluck than risk.