#20 well infarctus didn't say "it would have been nice to see someone battling it out with spam for 1st place". he basically took a huge dump on the game and the players who have trained so hard for this final. spam won because he was amazing, not because the level was bad which is an absurd statement. the level was much much higher than the one in canyon. believe me, ive played both games.

"Little shoutout to bergi who sayd 2 years ago that canyon didn't fit for Esport...Cheers and shoutout to all the ones that spit on canyon."

It was THAT successful that they will release TM2 Stadium...

#16 : Thanks, now I definately know to not take your articles serious. They always were filled with bias and awful writing but come on.. No level?

#16
We can't compare canyon and nations. Really. Well you can do it, but you just look like a stupid noob..Talking when you don't even know the game properly. If this final was so boring for you, why don't you participate and look like a trisomic penguin infront of everyone? ;)

I only agree #16 in some points:
- TM² canyon can offer a great show, and has a place in eSport
- TMNF grand final level was way better in 2011

for the second point: even TRKR said it

#25 i think it's more accurate to say that it got a place at ESWC, because Nadeo got really good connections with them. but i don't think it makes any sense to have more than 1 TrackMania game present in esports overall, and i think canyon being there has only hurt us. and next year, i can only assume canyon stadium AND valley will be present at ESWC, which i think is just even worse.
i strongly believe it's much better to focus on just 1 title as your esport, and the most suited one is imo stadium.

for your second point, it is perhaps true that the 2011 final was CLOSER, but i don't think that's the same as it being on a higher level. i definitely think the level increases for each year, that is proved by hakkiJunior the 2011 champion not even reaching the final this year.

I also remember seeing hakki driving consitant +10/+15 to the WR on the map where he won last year, this is very far from the consistancy in +0.4/+0.5 we had today

there are factors such as the difficulty of the maps that needs to be taken into consideration as well. furthermore i don't see how what you write proves that the GRAND FINAL level was worse, it just maybe proves that hjr wasn't on his best level, but i know that he practiced hard for this.
the only thing that made the level worse was that there was only 8 players competing, but that was for the whole tournament in general, and not the final.

and to not call this the very highest level of this game is absurd: http://www.youtube.com/watch?v=u_8Jp4NBepU

This is ESWC Grand final, of course the level is very high and run are closed, that's normal, fortunatly !

And without talking about hakki's performances, just the fact that Christopher974 took a slot for TMN world is a shame... That doesn't help to have a nice level, but that's ESWC fault

#16 Sorry but who are you to say that? : ''Hope that tm² stadium will motivate ppl to train as this final was boring with no lvl...''

Seriously this is so lame to read that, are you a former world champion? No I don't think so. You wouldn't even have scored 8points overall in this final.

This is so pathetic... Spam's performance was absolutely amazing exactly like fB did in 2008 (he got huge advance as well).
Maybe in a point it can be boring that it wasn't that close, true, but you can't say that there was no level or that they were no train. This is an insult to every players who attend to this event.

Final score don't always show how the match was close...

TMN is a great eSport game, and i think Canyon can be too.
I am very proud when i see Trackmania on a main stage and see how people react.

GG to Spam and all participants, it was a great competition :)

I think that all environments are good for eSport, but only stadium and canyon have had enough players to make the level good enough. Also, some envis like rally or coast might not fit that well, as they are sometimes quite random what comes to grip, atl east in my opinion.

About the ESWC, well deserved victory for Spam. He dominated the final and drove pretty good times each round. Tween and Carl Jr did well too, but a bit too crashy to be the number one. I think the level was as good as a year before, one of the players just was a way in front of the others this time.

I think that Spam saw how CarlJr was stressed for this final, and that gave him a great strenght. Look at the whole final, he failed only ONE run! jeejee :D

Amazing play by tween. CarlJr probably thinks that he is cursed, that was a sad end for him but it was so high in emotions for tween and the crowd o/ #LoveEsport


TMN is a great eSport game, and i think Canyon can be too.
I am very proud when i see Trackmania on a main stage and see how people react.

I am very proud when i see Trackmania on a main stage and see how people react. 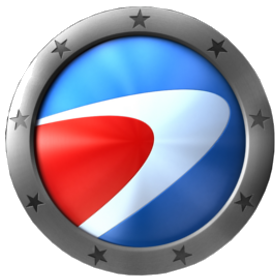