The known long-time squad, who have been known as BX3 multigaming since years have decided to disband after the co-captain

Peter "znik" Skarstein decided to step down from TrackMania a couple of days ago. Also the other co-captain

Krijn "Krijn" Lammers decided to quit, leaving the driving squad alone after depressing season in ESL CPS without a single victory. Despite Skarstein's inactivity and bad results, the decision is surprising to many players around to scene.

The squad's story began years ago under names like Arctic Nova and RAGE, and Skarstein was part of each team. The modern BX3 was born in 2012, when the gang picked up mythiX players who were left without organization. Since then the team has had many lineup changes, but the core has stayed the same.

One of the key players

Leo "Leo" Falcomer-Dawson, told about the disbanding on his Facebook page

As some of you already know, BX3 co-leader znik has decided to retire from TrackMania. Fans of the scene will also have noticed the sub-par performances BX3 were able to muster in ESL CPS15, which very much allude to there being internal troubles for BX3. After znik’s heartfelt message to the community, Krijn and I talked about the future of the team. Due to variety of factors, we felt that it was not possible for us to continue to lead the team in its current state.

Because of this, Krijn yesterday stepped down as BX3 leader after many successful years of managing the team with znik. I wish them both the best in their future endeavours, and have to say that it was a pleasure to work alongside them to create a fantastic squad that at one point looked as though it could be the world’s best.

So, what next? In short, BX3 will disband, and the remaining players are given the opportunity to find new places within the ranks of other teams. I have no doubt that the many talented players that I have been competing alongside for the past year will have utmost success wherever they decide to settle.

I’d like to say thanks to znik, Krijn, Ranked, Flyer, JaviFlyer, Battou, wh1sper, shortz, Lund, NeO, Ivan, CiaP, loic and bAp for being amazing teammates right up until the end.

The disbandment means that players need to find a new home for upcoming leagues. Since many of them have lots of talent, this might cause changes in current lineups. 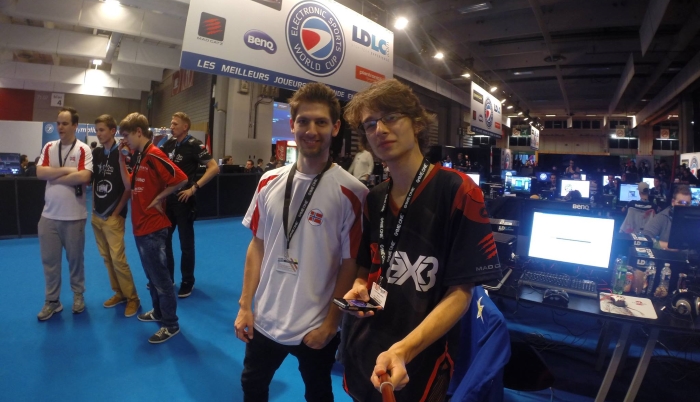 Christian "shortz" Theune made a video about the team as well. It summarizes the long story of the gang over the years. If you can watch this without little crying inside, you have no feels.