- First round of the tournament will start at 19h00 (as a check-in)
- Match for 3rd place will be played on wednesday at 19h30 and the final starts at 21h00
- The first map for every match is already set (for example for the Ro16 it will be Superal). The loser of this map will pick the second one and if a third map is needed, it will be picked by the winner of the first map.
- Matchservers have to be hosted on your own.

Gamers Assembly is near and

Minato wanted to give you a chance of a last warmup with a little cup, which will be held on Tuesday, 26th of March.

The grand final and the match for the third place will be held on Wednesday, 27th of March.

It's a double elimination cup in Bo3 mode for Tuesday and Bo5 for Wednesday.

Principally, it's meant to be a last good train for the big event, but there's a little reward for the podium, too:

If you want to spend any planets to increase the price pool, feel free to do so and send them to "sirc"

The current five Masters 2013 maps will be used for the cup and can be found here.

How to join this cup

32 slots for this warm-up cup, feel free to join, by creating an account on BinaryBeast, to have some fun and/or to prepare yourself to huge GA 2k13 battle ! 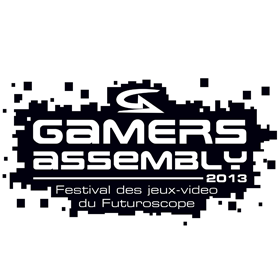